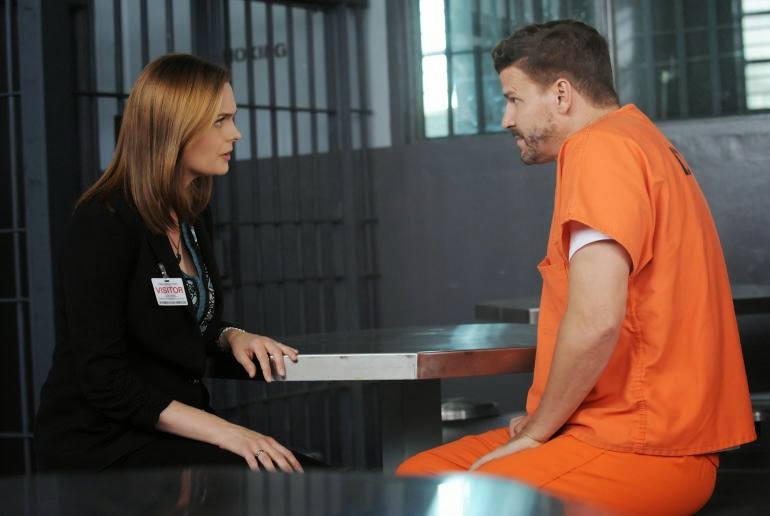 Bones 10th Season Premiere airs on Thursday Sept. 25 on FOX 8 pm ET. I had to pleasure of chatting with stars David Boreanaz and Emily Deschanel. Read what that had to say below. We talk plot twist, legal drama and more.


Q: How Booth and Brennan are going to deal with Booth being in jail and also after that fact?

Emily:
Booth is in trouble.  We’re worried about him.  We think he’s not going to survive being in prison.  We have different ideas about how we’re going to get him out.  Being in prison brings up a lot of stuff for Booth, suffering from PTSD because of being there, as well as being tortured, and what not, being in the military and the Army Rangers in his past.  He’s gone through a lot in his life.
I think it’ll last throughout the season.  I don’t think it will necessarily be as dark as some
people might think it will be.
I think the first two episodes really have the sense of how dark it could.
Who he(Booth) trusts with inside of the FBI, how he decides to take things into his own hands,
and how Bones deals with that and gets him back.
There’s a great moment in episode two that is a very strong moment between both of them,
to a point where he has to decide what to do.
I’m not going to really say what that is, but it is definitely,
it’s a page turner for their relationship and see how that unfolds.
Q: What can your share about the upcoming 200th episode? Anything we should look forward to?
David:  We are prepping now and we start shooting that in October, so it’s going to be pretty big.
Emily:  Yes, it’s going to be big. I don't know how much we can say about it.
They're still figuring out the details; we know some of what's happening,
but I know we want to keep it a bit of a surprise for everyone.
It's going to be a lot of fun. It's going to be very different, but still great characters. It'll be great.

Q: Can you tell us about some of the struggles that they’re going to have,
and what their relationship is going to be like as the season evolves?

David:                        Well, they’re going to have to deal with their different types of reactions to certain things, because of where Booth is in prison and coming out.  Bones is going to really have to reevaluate their relationship in a way that is—why is he acting this way and I’m not quite understanding it?  Booth takes some things in his own hands and there’ll definitely be some conflict that’s there.

I think there will be a tipping point at the end of episode 2, that will look at it and see that it’ll obviously bring them closer together.  Throughout these seasons, we have always maintained their relationship and always gone back to their relationship.  Yes, there will be some conflicting moments, some emotional moments, as well as trying to figure each other out again, because things are going to be much different when he gets out.

Emily:
There’s lots of conflict but we’re still a solid couple,
but we’re really dealing with some strong differences of opinion.
Booth is clearly hurting and Brennan does not understand
and they’re trying to figure out how to address it all.  It’s hard on both of them.

Q: How does Booth and Brennan react to Daisy being pregnant?
David:                   They’re such great characters and they’re part of the family.
It’s just definitely going to bring everybody closer together.
I think we can all now enjoy each other’s time more, via character-wise.
I think it’ll be interesting to see how that develops with I know, going forward, especially with someone like Sweets.  It’d be great, such a bonding experience for Booth and the two of them.  They treat each other as friends but they’ll get closer.  I’m looking forward to that relationship and how that unfolds in the episodes, especially with myself and Sweets.
Emily:                        Seeing them together, which is so exciting for everybody, I think that we’re all excited.  We were excited that Carla actually was pregnant in real life and did have a baby.  She got to bring her baby over to the set.  Off camera and on camera, we’re very excited about a baby happening, a baby being born.  It’s really exciting.  I think it’s going to be exciting for the fans and it’s exciting for the whole Bones family on the show.

I think that that will creep in and out throughout the season.  I don’t want to say that it’s going to be really heavy arc.  I think that we’ll play it out in the beginning of the year and realize that these characters are there for each other.  What’s great is that we solve crimes and we do it in an open-end kind of style.  We have these great storylines that these writers provide for us. I don’t think it will be a major, major, hard season that way.

Q: Will we get to see Booth interact with (his daughter) Christine more this season?

David: Yes, there’s a real touching moment that happens.
I think that the fans will really enjoy the first episode a lot, and you’ll see that bond.
It’s something that will be reflected also through Bones’character and how she sees that.
It’ll be a very impactful moment.I remember shooting it so it’s going to be a lot of fun and enjoyable.
Emily: It might be in the second episode, We’ve got a lot going on too.  You will see Christine and you will see a bit dealing with what Booth coming back from prison and all that.  There’s so much we’re dealing with, especially in the first couple episodes.  Christine is coming back more and more in different episodes and we’ll see that.
Q: Being that this case is so big with the government conspiracy,
will there be a surprise how it unfolds or a shock to it's ending?
David:                        We've been dealing with this towards the end of last season.  It was kind of started in episode I think 17--- and it just slowly built and built.  It exposed itself in a major ugly way at the end of the season and then we start off with it again, where I can’t really do much about it because I’m stuck in prison; but when I do get out, I think that there will be a sense of closure that will wrap things up in a very neat way, and it will kind of show it in a way that’s like as, wow, it was right under our nose the whole time, but how that affects their relationship and how it affects Booth and whether he continues to work in the FBI is still to be determined and worked out throughout the first half of the season.

Posted by Monique at 1:16 PM No comments:

Enter to win Reign on DVD. See details below. 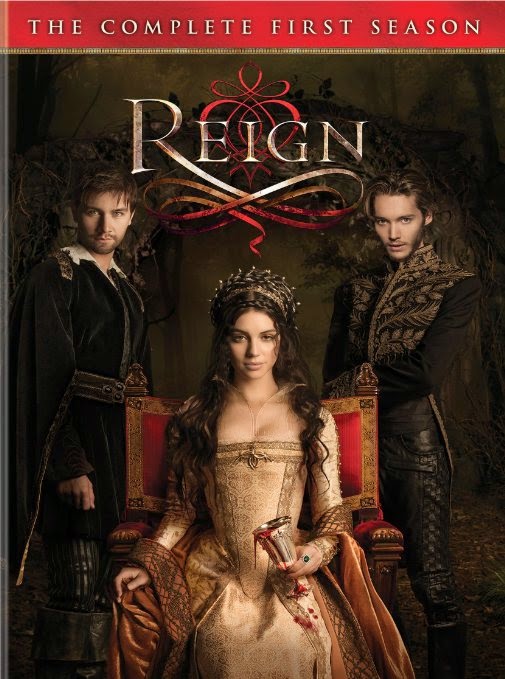 How to Win:
Tell me your favorite episode or character and why?
You can enter on my Facebook Page or Twitter. One entry per person/account. Multiple entries will not be counted.
Use hashtag #ReignDVD to win. If you enter on Twitter you have to follow me to win!

Follow me on Twitter: Devoted2TV
Facebook:PopJunkieGirl
RULES: Must be at least 16 yrs old, US residents only PLEASE. Contest ends Oct. 2nd, 2014 at 12 am EST.

Photo credit:Amazon.com
Posted by Monique at 9:53 AM No comments: 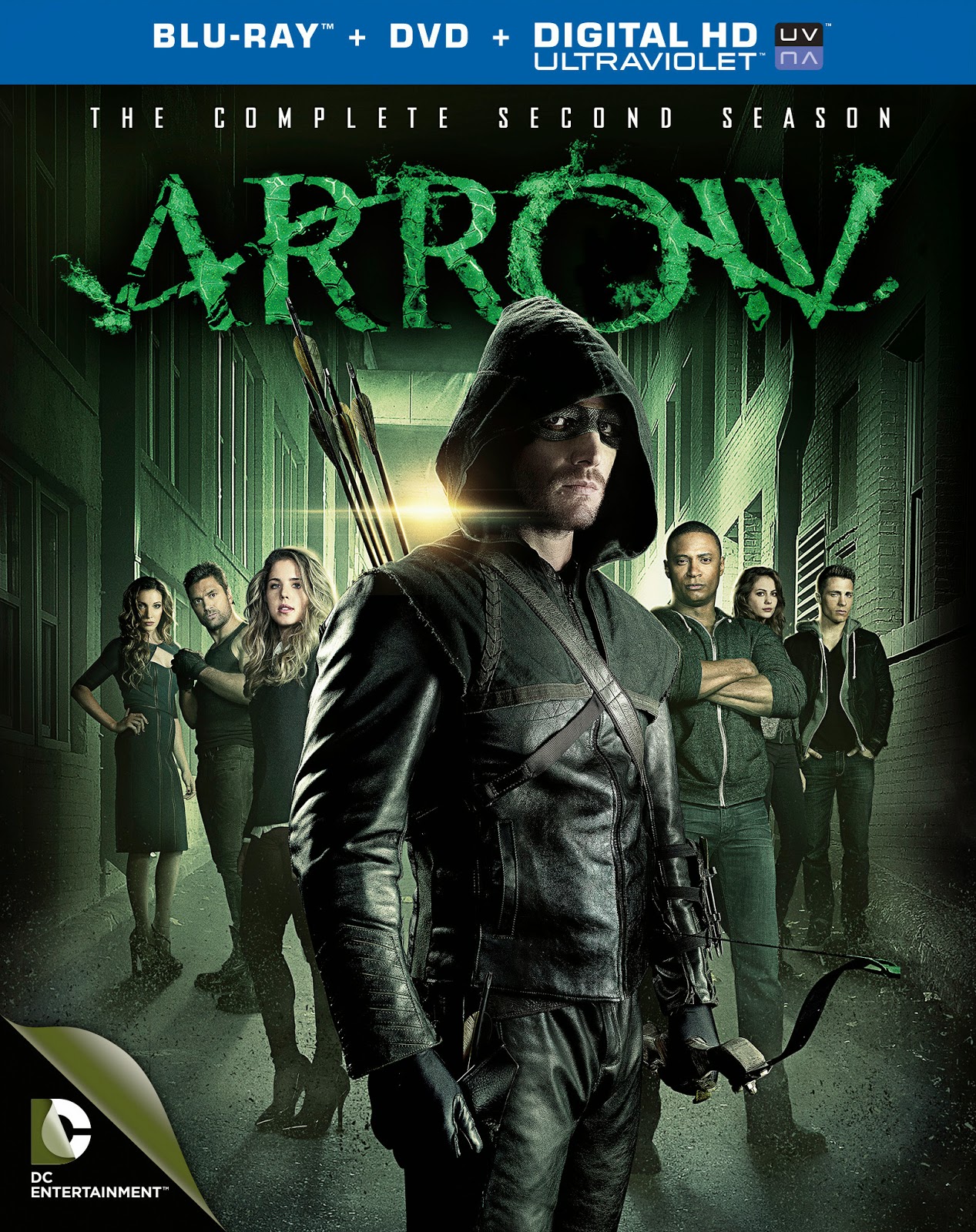 I will make this as simple as possible. I am giving away 2 copies of Arrow Season 2 Blu Ray/DVD Combo to (Two) lucky winners. ****PLEASE READ RULES BELOW BEFORE YOU ENTER THE CONTEST.

Tweet/Follow my Twitter here: Devoted2TV Telling me your favorite episode and why? Or you can go to my Facebook page to enter here: PopJunkieGirl

How to win:
Tell me your favorite 'Arrow' episode and why?

Posted by Monique at 9:32 AM No comments:

It's September. It's that time of year again...
Seems like Summer flew by. Maybe it was just me. Honestly, with the summer shows I did not have much of a break. BUT I am here to say that I am working (watching) to finish up watching pilots for the fall 2014-15 season. Some good, great and just plan awful! I will be doing something different. Instead of your typical written opinion (non) review. I will give you my off the cuff opinion via a vlog (video blog) post. Sounds good? Stay tuned! I am excited to share my thoughts, interviews and news with you for the Fall TV season!
Posted by Monique at 5:07 PM No comments: