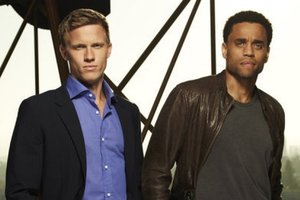 * "Common Law" will not be coming back for a second season. The show just never really found a solid audience. The series starred Michael Ealy and Warren Kole.

Poiltical Animals as well as 'Fairly Legal' will not be returning to USA.
Posted by Monique at 7:51 PM