'New Girl' Does Jess Find A New Love In Season 2? 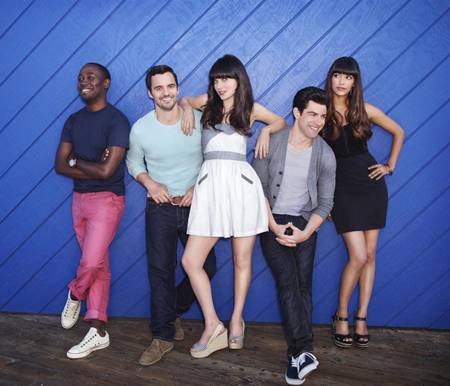 'New Girl's Zooey Deschanel is getting a new love interest in the upcoming second season  of the hit FOX series. Who you wondering? He recently stared in the NBC comedy "Bent" actor David Walton. He will have a recurring role in season 2. Just part of the tease of guest stars via EW .Jess's boss (Rachel Harris) is coming back well. Leslie Mann (Knocked Up) will be making an appearance in an upcoming episode. 'Reno 911'alum and now on TV Land's "The Soul Man" Star Niecy Nash will make her appearance playing a hooker that has sticky finger according to THR.


Don't miss the summer catch up FOX will be streaming all 24 episode of Season 1 in a fun interactive website 6-7 episodes will be added each week July 30-Aug 26. Here NewGirl or on Yahoo TV.