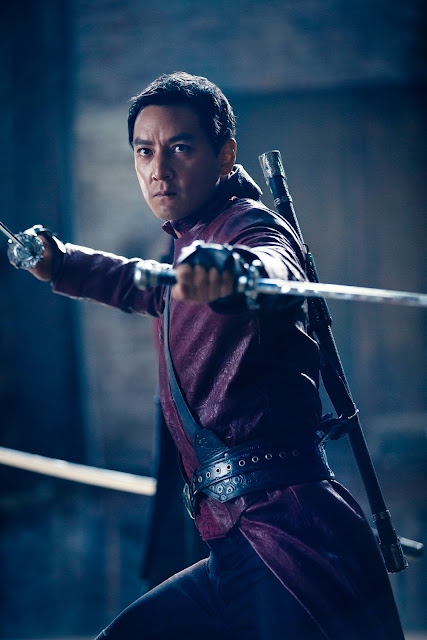 'Into The Badlands’ is an exciting moment for us in that martial arts is not only a new genre for an AMC series, but also one that has been largely absent from television for 15 years," said Joel Stillerman, president of original programming for AMC and SundanceTV.  “The team behind ‘Into The Badlands,’ led by showrunners Al Gough and Miles Millar, is comprised of some of the best martial artists and martial arts filmmakers in the world, and they have crafted a show that over-delivers against two big goals we set for the show: to create a compelling character drama, and to introduce the highest caliber of martial arts filmmaking to a weekly, ongoing series.”

“Into the Badlands” stars Daniel Wu (Tai Chi Zero) as Sunny; Marton Csokas (The Lord of the Rings: The Return of the King) as Quinn; Aramis Knight (The Dark Knight Rises) as M.K.;  Oliver Stark (“Luther”) as Ryder; Emily Beecham (28 Weeks Later) as Widow; Orla Brady (“Dr. Who,” “Fringe”) as Lydia; Sarah Bolger (“Once Upon a Time,” “The Tudors”) as Jade; Ally Ioannides (“Parenthood”) as Tilda; and Madeleine Mantock (Edge of Tomorrow) as Veil.