"South Park" Premiere and Others Fall Permeires and Specials 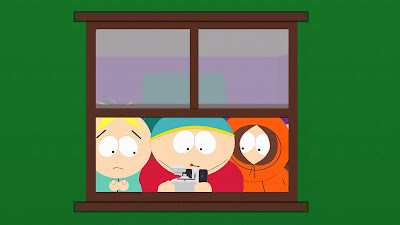 “Moonbeam City” is an absurdist, retro-futuristic 80s cop extravaganza. Comedy Central’s new animated series follows Dazzle Novak (voiced by Rob Lowe), a handsome, idiotic detective who commits more crimes than most criminals. His sexy, tyrannical chief Pizzaz Miller (Elizabeth Banks) won’t get off his back. His obnoxious rival Rad Cunningham (Will Forte) will stop at nothing to destroy him. Dazzle must team up with the city’s only competent police officer, Chrysalis Tate (Kate Mara), to protect their beloved, neon-soaked metropolis. 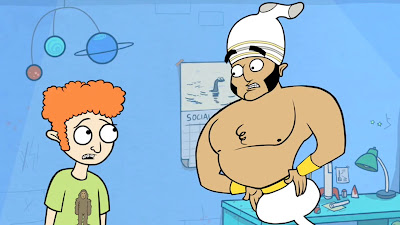 Monday, September 28
“The Daily Show with Trevor Noah” Premieres – 11:00 p.m.
It’s the dawn of a new, exciting era of Comedy Central’s groundbreaking late-night franchise as “The Daily Show with Trevor Noah” debuts on Monday, September 28 at 11:00 p.m. ET/PT. Noah will bring his smooth delivery of cutting-edge comedic commentary in the fresh incarnation of the iconic series. “The Daily Show” will continue its coverage of the day’s news and events with the incisive and insightful humor of host Trevor Noah and the incredibly talented roster of “The Best F*&#ing News Team Ever!” including Jordan Klepper, Jessica Williams, Lewis Black, John Hodgman, Al Madrigal, Aasif Mandvi, Hasan Minhaj and Kristen Schaal.

Thursday, October 15
“Nathan For You” (Season Three Premiere) – 10:00 p.m.
“Nathan For You,” the series critics have called “insanely brilliant,” returns Thursday, October 15 at 10:00 p.m. ET/PT with eight all-new episodes. Self-proclaimed business expert Nathan Fielder helps real small businesses turn a profit with marketing tactics no ordinary consultant would dare to attempt. From creating a rebate that can only be redeemed by climbing a mountain, to founding a coffee shop called “Dumb Starbucks,” Nathan has always gone to the limit to make his ideas come to life. In the new season, Nathan will go even further as he attempts to start a nationwide fitness craze, help a hotel cater to sexually active parents, and pull off the most astonishing life transformation ever to be broadcast on television. With his unorthodox approach to problem solving, Nathan’s genuine efforts to do good often draw the real people he encounters into an experience far beyond what they signed up for.

STAND-UP SPECIALS (all times are et/pt)

“New Timers” (Season Two Premiere)
From writers and stars Matt Porter and Charlie Hankin, “New Timers” follows “Matt” and “Charlie” as they live in what’s left of Brooklyn following an apocalyptic event. Everything in the world has changed…except Matt & Charlie.

“White Flight” (Series Premiere)
In the year 2042, all white people have been transported to The New United States (formerly known as Canada), leaving struggling actor Gary (Matt Braunger) as the last white guy and only Caucasian representative in Los Angeles. If you feel bad for him, you’re racist. Directed by Nisha Ganatra (“Transparent,” “The Mindy Project”).

“Alternatino” (Series Premiere)
A sketch comedy series from Arturo Castro (“Broad City”), that takes a look at millennials through the lens of his unique cultural background.

“Lucky Loser” (Series Premiere)
Comedian Big Jay Oakerson is the world’s most unlikely matchmaker. In each unscripted episode of this new series, Big Jay pairs a self-proclaimed loser with a potential hook-up. The catch is that Big Jay never leaves the couple’s side, roasting the lucky loser and his/her date all night long.
Posted by Monique at 7:12 PM