Wild N' Out Back For Season 7! 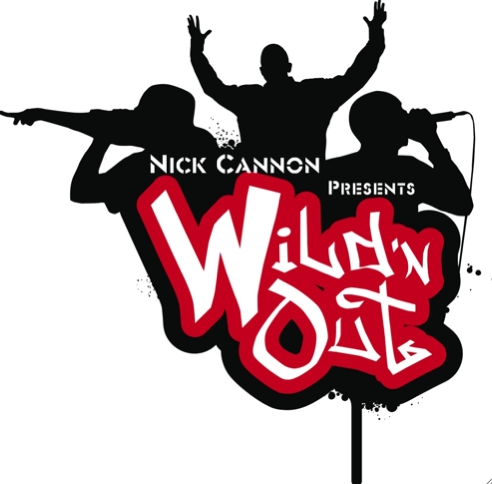 The hit comedy joke battle series is bringing the celebrity jokes with both old and new cast members. Some of the hip-hop and R&B and celebrity guest will be Ty Dolla $ign,Fat Joe,Ray J,DJ Drama,Kevin Hart,Ne-Yo,Snoop Dogg,T-Pain,Jordin Sparks and many more!

“’Wild ‘N Out’ has helped launch some of the biggest names in stand-up – everyone from Katt Williams to Affion Crockett to Mike Epps, and Kevin Hart,” said Nick Cannon. “You can be sure that with the tremendous talent of this new cast you’ll be witnessing the making of the next big names in comedy.”

“With the returning stars and new cast members that Nick and his team have assembled, this is hands down the most talented and hilarious cast yet,” said Paul Ricci, Senior Vice President of Programming and Head of Development for MTV2. “After eight consecutive quarters of year-over-year growth on MTV2, we’re aiming even higher as ‘Wild ‘N Out’ kicks off our 'Non Stop Summer.'”


Aarona Lopez:
Aarona began stand-up comedy in 2006. She is the creator/host of Velvet Circus – a live comedy show which fuses stand-up, sketch and musical comedy. She perfected her comedy skills at Second City Chicago, The Annoyance Theater and iO West in Los Angeles, CA. Less than six months after she began stand-up comedy, she was selected to become a “New Face” in Jamie Foxx’s Laffapalooza Comedy Festival in Atlanta, GA and was featured on Season 5 of Martin Lawrence’s 1st Amendment Stand-up. Her YouTube Channel, Aarona Lopez, has nearly 400,000 views and includes music videos and comedy sketches that she's written, directed and edited.

Darren Brand:
Darren Brand’s “ol skool” style of comedy takes his audiences back to the “best times of their lives.” When this native of Southern Pines, NC is not with his band of #FFCS brothers, he can be found hosting collegiate events like the Annual Homecoming Step Show at his alma mater, North Carolina Agricultural and Technical State University, which draws over 15,000 attendees. It’s no surprise that Brand was named among the 2014 Historically Black College and University’s Top 30 Under 30 by national the publication, HBCU Buzz.

DC Young Fly:
DC Young Fly has channeled his passion to entertain into over 4 million followers on social media outlets that include Facebook, Instagram, YouTube and Vevo. He’s even been co-signed by comic legends like Kevin Hart. Along with his comedic endeavors, his most recent musical project “Supplying Pressure” was featured on LiveMixtapes.com.  DC’s work ethic in music has earned him spots working alongside artists like Kevin Gates, B.O.B, TraetheTruth, and super producer Mike Will.

Matt Rife:
Born and raised in a small town outside of Columbus Ohio, Matt first hit the stage at only 15 years old and never looked back. Through social media he befriended some of the biggest names in the business who immediately spotted his talent and encouraged him to continue growing as an artist. Having opened for comedians like Mike Epps, DL Hughley, Ralphie May, Finesse Mitchell, Tommy Davidson, Dane Cook, Erik Griffin, Tony Rock, Bill Bellamy, and DeRay Davis, Matt has gained the respect of stand-up veteran and audiences alike. Matt is the youngest male ever to be a regular performer at the World Famous Laugh Factory in Hollywood.

TattooManPaige:
Noted as the king of impressions, Glen ‘TattooManPaige’ can do over 150 voice impersonations of people such as Denzel Washington, Morgan Freeman, Mike Epps, T.I , Kevin Hart and Trey Songz.  The evolution of Glen's career has grown from local shows in his hometown of Detroit, to opening for comedic greats like Comic Pierre, Ray Lapowski and Michael Blackson as well as performing at major events like Shaq's All Star Comedy Jam.