When season five of the USA Network fan-favorite series SUITS returns this summer, viewers will be treated to a cameo by TNT NBA Analyst, Charles Barkley.   A long-time client of Pearson Specter Litt, Barkley surfaces in an effort to help Harvey make amends with a fellow partner at the firm.  Season five premieres Wed. June 24 at 9e/8c with Barkley scheduled to appear in episode 503 which will air on Wed. July 8th.

Check out the promo and behind the scenes pictures: 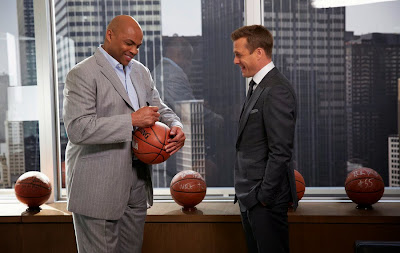 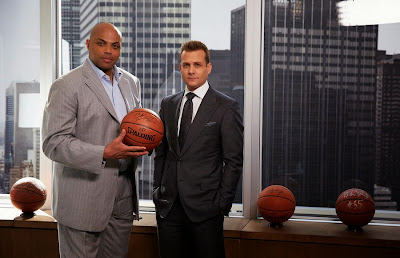 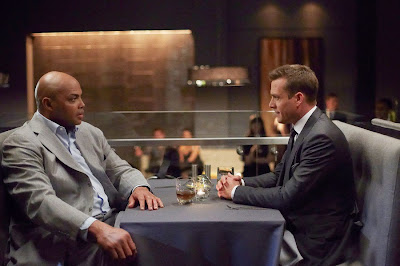 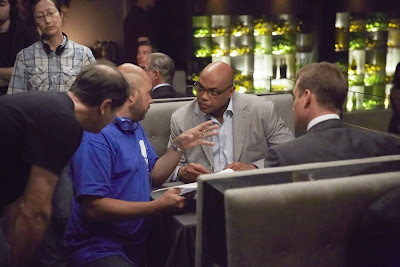 In the season five premiere, Harvey (Gabriel Macht) has difficulty adjusting to changes around the office, which affects his ability to do his work. Donna (Sarah Rafferty) must acclimate to working for Louis (Rick Hoffman), who’s certain it’s only a matter of time before she returns to Harvey. Mike (SAG Award Nominee, Patrick J. Adams) and Rachel (Meghan Markle) must decide how and when to share their big news, but their excitement about their future together will take a back seat to Harvey and Mike’s latest case. And an up-and-coming partner makes his presence known to Jessica (Gina Torres) , confronting her about whether Harvey’s way of doing business is beneficial to the firm.

***MARATHON ALERT: Also DO NOT miss the "Suits Undressed" marathon starting at 9am et/8c on Saturday June 20 to catch up on all of season four before the season premiere!
Posted by Monique at 3:52 PM